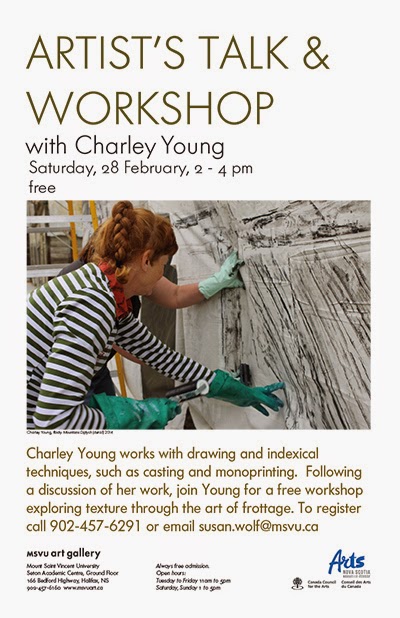 Posted by nstalenttrust at 1:30 PM No comments: 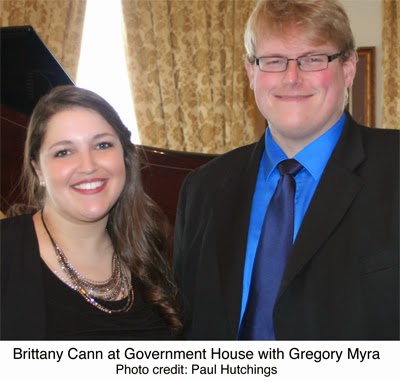 treated the guests to an outstanding performance. We thank her and pianist Gregory Myra for sharing their talent with us. We also want to thank Portia White's family for attending the unveiling, Tom Vinci and Sylvia Hamilton for their support, the staff at Government House and especially His Honour Brigadier-General The Honourable J.J. Grant, CMM, ONS, CD (Ret'd), Lieutenant Governor of Nova Scotia for hosting the event.

Elissa Barnard wrote an excellent article about Tom Vinci, his family and the Portia White Portrait in the Chronicle Herald. You can find it at http://thechronicleherald.ca/artslife/1267798-son-of-portia-white%E2%80%99s-mentor-thrilled-to-see-singer%E2%80%99s-portrait-to-government-house

Your Honours, invited guests and friends:

I’m especially pleased today to serve as Chair of the Board of Directors to the Nova Scotia Talent Trust, an organization that has just celebrated its Seventieth Anniversary since its origins in 1944, founded to support the career of Nova Scotia contralto, Portia White.

I would like to thank Their Honours, Brigadier-General The Honourable J.J. Grant, Lieutenant Governor of Nova Scotia, and Mrs. Joan Grant, for hosting this special unveiling of a work of art that has a very special meaning for the Nova Scotia Talent Trust, the Province of Nova Scotia and the rest of Canada.

In 1939, The Halifax Ladies Music Club helped Portia White to continue her vocal studies here in Halifax at the Halifax Conservatory of Music with Dr. Ernesto Vinci. Dr. Vinci was born in Berlin, Ernst Moritz Wreszynski in 1898. He studied voice and also obtained medical degrees in Berlin and Milan, Italy. In 1938 he left Europe and landed in New York. After receiving a reference from none other than Arturo Toscanini, he became the director of the vocal department of the Halifax Conservatory of Music.

It was if the stars were aligned; a highly trained European classical vocalist and teacher became available to a young musical talent endowed with a gorgeous contralto voice in need of coaching.

Two years later, at the age of thirty, Portia White made her official debut at the Eaton Auditorium in Toronto on November 7th, 1941 to critical acclaim. In 1944 the Portia White Trust, later to be called the Nova Scotia Talent Trust, was established to further support Portia White’s growing international career.

It was probably in 1943 that the successful painter, book illustrator and stage, screen and radio actor, Hedley Graham James Rainnie, painted the portrait of Portia we are about to unveil here at Government House. Rainnie, was born in London, England in 1914, immigrated to Canada in 1940 and was elected a member of the Royal Canadian Academy of Arts in January of 1946.

The portrait eventually made its way to Ernesto Vinci. After Vinci’s death in 1983, it was amongst the belongings passed on to his son, Thomas Vinci, now an Adjunct Retiree Professor of Philosophy at Dalhousie University. For many years this portrait had been on display in the lower atrium of the Dal Arts Centre foyer near the entrance to the Dalhousie Art Gallery.

In 2013 Professor Tom Vinci donated the portrait to the Nova Scotia Talent Trust. We thank him for that generous gift.

With the help of some consultation that included the staff here at Government House and others in the community it was agreed that it would be on long term loan here at Government House in order that it be accessible for viewing by as many as possible. One of those involved was Sylvia Hamilton, who continues working on bringing the fascinating story of Portia White to the attention of all of us.

The Rainnie portrait is an important piece of our cultural history and The Nova Scotia Talent Trust is proud of the seventy year association it has with the legacy left by one of Nova Scotia’s most talented performing artists and teachers, Portia White. 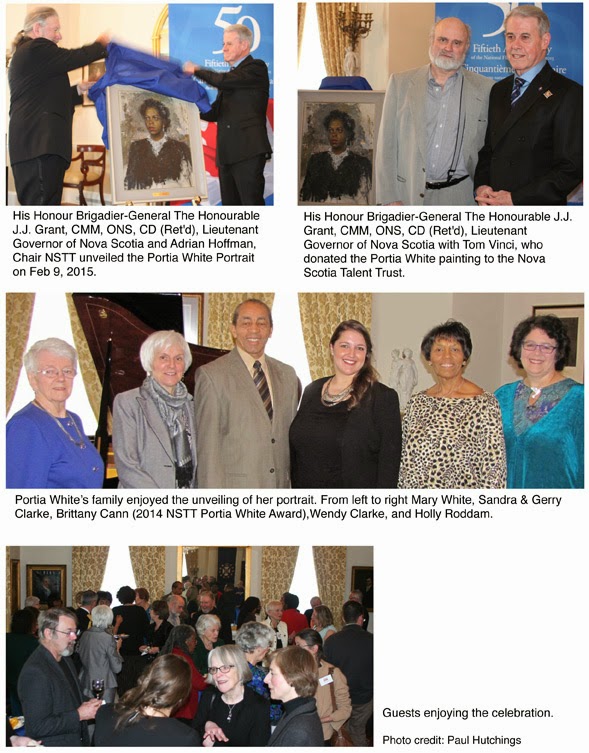 Posted by nstalenttrust at 12:28 PM No comments:

Former NSTT Scholarship Recipient Barbara Hannigan will perform in Toronto.
Plus she will be Artist in Residence at the Toronto Symphony New Creations Festival from February 28 - March 7, 2015.

It is rare to see her in Canada due to her busy schedule. 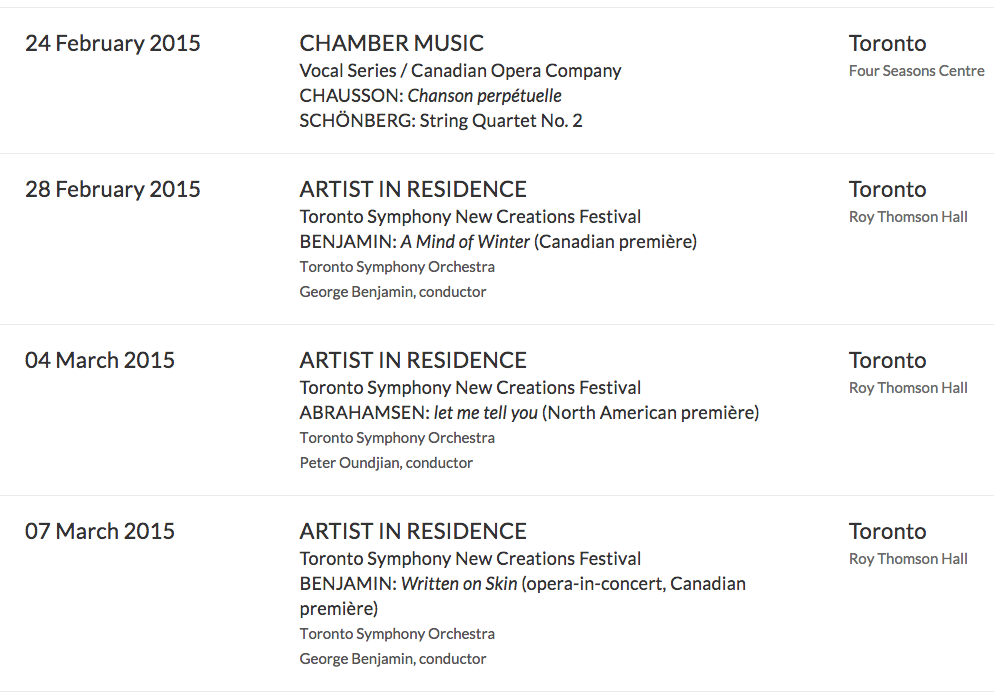 Zoe Michalik performs with Ballet BC

Former NSTT Scholarship Recipient Zoe Michalik comes back to Halifax to perform with Ballet BC.

Great article about her and her experience with Ballet BC can be found at the Coast at:
http://www.thecoast.ca/halifax/ballet-bcs-rising-star/Content?oid=4536545

Posted by nstalenttrust at 2:00 PM No comments:

Start your online Application for a NSTT Scholarship today 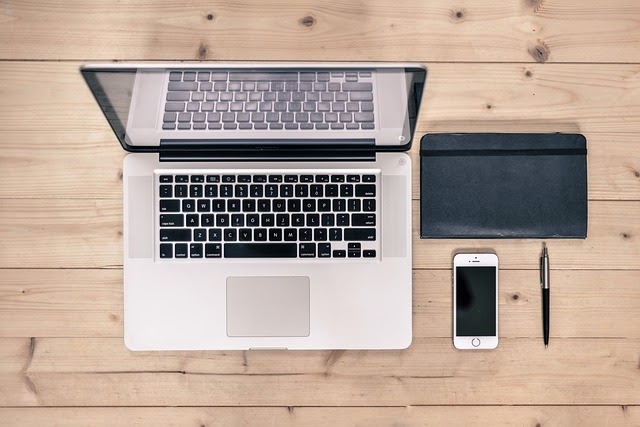 We advise applicants to read the submission guidelines carefully and to submit their applications early since there are a number of changes to submission procedures this year. All information can be found at our website by clicking the ‘Apply’ button or at: http://nstalenttrust.ns.ca/Scholarships/Apply/
Posted by nstalenttrust at 7:00 AM No comments: