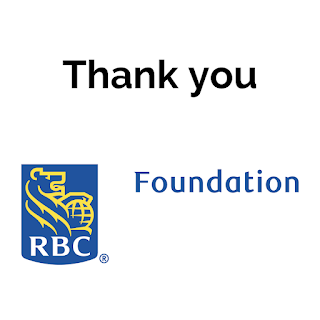 The new $2,500 Special Award will be presented annually to a Black, Indigenous, or Person of Color who shows exceptional commitment and professional potential as an artist. Preference will be given to emerging artists in the areas of film, visual arts and music. The 2021 award winner will be announced at the virtual Special Awards Ceremony on December 12, at 2 p.m.
“The arts play a critical role in building vibrant communities and strong economies. But despite their incredibly hard work, many artists – and especially those from BIPOC communities – find it hard to reach broader, diverse audiences, which can sometimes hold back their careers,” said Michelle Clare, Regional Vice President, RBC Metro Halifax. “That’s why we’re thrilled to partner with the Nova Scotia Talent Trust to support emerging artists as they advance on their career journey, with the goal of helping them receive national recognition.”

“We are thrilled about the new RBC Emerging BIPOC Artist Award – it is the first of its kind for the Talent Trust and something we’ve wanted to do for a long time. Not only will the support help the recipients lessen the monetary burden of their studies, but it also reaffirms their hard work to become established artists in their discipline. We thank RBC Foundation for their continued support and for believing in our Nova Scotia artists,” states NSTT Executive Director Jacqueline Steudler.


About RBC
Royal Bank of Canada is a global financial institution with a purpose-driven, principles-led approach to delivering leading performance. Our success comes from the 88,000+ employees who leverage their imaginations and insights to bring our vision, values and strategy to life so we can help our clients thrive and communities prosper. As Canada’s biggest bank, and one of the largest in the world based on market capitalization, we have a diversified business model with a focus on innovation and providing exceptional experiences to our 17 million clients in Canada, the U.S. and 27 other countries. Learn more at rbc.com.‎

About Nova Scotia Talent Trust
Since 1944, the Talent Trust has provided more than $2 million to over 1,000 Nova Scotians, primarily young people, who have demonstrated talent and potential to become professional artists in theatre, dance, fine craft and design, music, circus arts, media, film, literary, and visual arts. There is no other comparable organization in the country. In 2019, the Talent Trust celebrated its 75th anniversary year featuring former scholarship recipients with a travelling art exhibition, pop-up events in theatre, music, dance, film screenings and more.
Want to hear more about the Talent Trust? Please sign up for our newsletter.
Want to support the next generation of Nova Scotian artists? Donate today!  (smile)
Posted by nstalenttrust at 6:00 AM No comments:

India was the winner of the Yue Lih and Marion Kuo Award in 2017 and the Raymond Simpson Award in 2020. 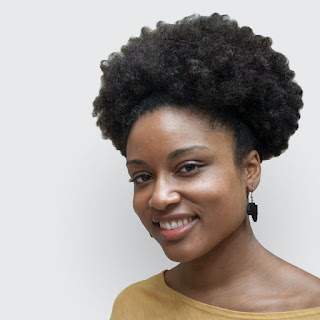 Shauntay Grant is a poet, playwright, author, and multimedia artist. She is a descendant of Black Loyalists, Jamaican Maroons, and Black Refugees who came to Canada during the 18th and 19th centuries. A multidisciplinary artist with professional degrees in creative writing, music, and journalism, she “creates artworks that are engaging and accessible, but also challenging, rigorous, and informed by deep research (The Royal Society of Canada).” Her honours include a Joseph S. Stauffer Prize from the Canada Council for the Arts, a Robert Merritt Award for her stage play The Bridge, a Marilyn Baillie Picture Book Award for Africville, and a Poet of Honour prize from the Canadian Festival of Spoken Word. A member of The Royal Society of Canada’s College of New Scholars, Artists, and Scientists, she teaches creative writing at Dalhousie University, shares her blend of words and music internationally at festivals and events, and collaborates with visual artists and art galleries to create multidisciplinary artworks, installations, and exhibitions. She curated the exhibition Stitched Stories: The Family Quilts (Dalhousie Art Gallery, 2016), and the multimedia installation Grandmother, Teach Me (Art Gallery Of Ontario, 2017). Her literary work has been commissioned by Symphony Nova Scotia, Eastern Front Theatre, Against The Grain Theatre, and Obdisian Theatre among others. A former poet laureate for the City of Halifax, her poetry for children and adults has been published in educational resources, anthologies and literary journals. Her forthcoming poetic picture book My Fade Is Fresh will be published in 2022 by Penguin Books. 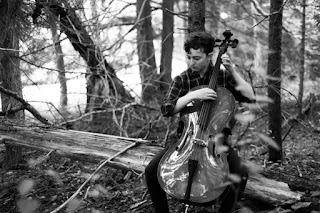 India Gailey (she/they) is a musician—cellist, composer, vocalist, and improviser––who crosses many eras and genres, most often performing the realms of classical and experimental music. Pinned as a “young musician to watch” (Scotia Festival), she has performed across Canada, the United States, and Germany as a soloist and collaborator. She has worked with numerous contemporary composers, including Yaz Lancaster, Philip Glass, Nicole Lizée, and Michael Harrison. India is the recipient of several honours, including awards from the Nova Scotia Talent Trust, the Canada Council for the Arts, and McGill University, where she earned her Master of Music in cello performance. Her most recent work has been presented by organizations such as the Canadian Music Centre, International Contemporary Ensemble, Metropolis Ensemble, and Government House of Nova Scotia. India is also member of the environmental quartet New Hermitage, which recently released their fifth album, Unearth, to critical acclaim. 2022 will bring the release of a new solo cello album, as well as a series of commissioned works written especially for India by Canadian composers. 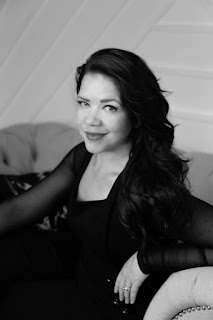 Congratulations to former Talent Trust scholarship recipient and musician Karen Myatt on the release of her new album Femoir.
You can buy tickets to the album release concert here. And you can view the official video for Femoir here.
About Karen (from her website):

Karen Myatt has her grandmother to thank for her love of music.

“She turned me on to the American Songbook when I was a youngster,” says the Canadian vocalist. “That, in turn, led me to discover jazz, blues, gospel, soul, and rock music.”

After training at the Randolph Academy in Toronto and graduating from the American Musical and Dramatic Academy in New York City, Myatt performed across North and South America.

In 2016, she produced and premiered “Ladies of Song” to sold-out audiences at Neptune Theatre in Halifax, Nova Scotia. Both 2017’s “Songs of the Silver Screen” and 2018’s “Blues Deluxe” were equally successful, earning rave reviews.

Other highlights include headlining the Halifax Jazz Festival and performing with Symphony Nova Scotia.

Her latest effort – Femoir – was recorded at The Sonic Temple Recording Studio in Halifax and was engineered by Darren van Niekerk. The album was mixed and mastered by Christian St. Germain at Studio 360 in Montreal.

“Femoir was conceived at a small café in Rome,” shares Myatt. “It might have been the cappuccino or the cannoli, but something special there gave birth to the project.”

She notes that the album’s 14 tracks celebrate the feminine spirit.

“I found inspiration in both the immediate and eternal elements that define femininity – emotion, creativity, intuition, sensuality, beauty. These songs explore characteristics and archetypes that help to define us as both a species and as individuals. They are more relevant – even required – these days than perhaps ever before.”

Want to hear more about the Talent Trust? Please sign up for our newsletter.
Want to support the next generation of Nova Scotian artists? Donate today!  (smile)

Our Talent Trust Team is in the final stages of preparing for their Blue Nose Marathon runs on November 6 and 7, 2021.

Would you please support their efforts by sponsoring their runs? 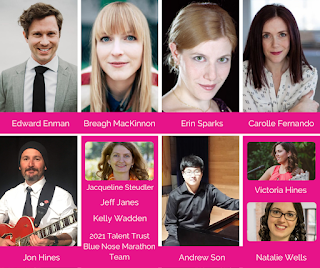 You can find the entire team at the following link or individual links further down on this page. Just scroll down to see all of our runners -> click on their image and support their efforts today.

100% of your support will go towards the Talent Trust's scholarship fund. You will receive a donation receipt starting at $5.
Please feel free to share this information with your friends. 🥰

PS: Want to hear more about the Talent Trust? Please sign up for our newsletter.
Posted by nstalenttrust at 6:00 AM No comments: