2018 Tietje Zonneveld Award winner, Cindy Thong, has mostly been away studying at La Haute École de Musique de Genève in Switzerland. Luckily, while she visits Canada, she wants to share some of her recent work. 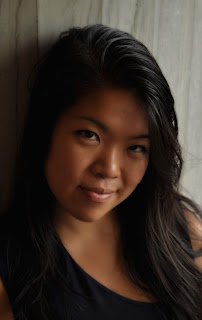 First listen to Cindy’s lecture about the neuropsychology of learning. Hear from her doctoral research at l'Université de Montréal about its applications in musical practice and performance.

Then enjoy Cindy Thong’s piano recital in the Music at Grace Series with a program that includes works by Haydn, Rachmaninoff, Liszt and Prokofiev.

If you happen to be near Montreal, join her for a performance at the Orford Festival.

She has also been prizewinner and finalist in the FCMF National Music Festival, the CFMTA National Piano Competition, the Concours Hélène-Roberge, the Concours Prix d’Europe and the Canadian Music Competition. Additionally, she was also the recipient of the 2009 Debut Atlantic Award for Musical Excellence.

In 2013, Cindy had the pleasure of performing Rachmaninoff’s Piano Concerto No. 2 in C Minor, Op. 18 under the direction of Dinuk Wijeratne. Most recently, she has also performed as soloist with the Nova Sinfonia and offered recitals as part of the l’Oasis Musicale, Merry Musical, Music for an Afternoon and Cecilia Concert Series.

Currently a doctoral candidate at l’Université de Montréal under the direction of Jimmy Brière, Cindy is simultaneously pursuing a second Master’s degree at La Haute École de Musique de Genève where she studies with Dominique Weber.
Posted by Communications NSTT at 10:16 AM No comments:

Read about Lydia Zimmer in The Coast & meet a younger version of the artist on Dance Channel TV 2015.


Posted by Communications NSTT at 6:30 AM No comments:

Violinist Marc Djokic, originally from Halifax but now residing in Montréal, has been praised for his rhythmic sense and natural musical phrasing. Known for his masterful and virtuosic performances, Djokic recently won the Prix Goyer, which is the biggest prize in Canada, and one of the largest in the world, for a collaborative artist emerging in classical music.

Djokic, who is a Nova Scotia Talent Trust multiple scholarship recipient, returns to his native Halifax for a special concert on February 24th with distinguished classical guitarists Jérôme Ducharmen and Louis Trépanier. Winner of the Guitar Foundation of America International Competition, Ducharmenholds a diploma from the Conservatoire de musique et d’art dramatique de Montréal and a doctorate degree in music from Université de Montréal.

“This collaboration is special because it combines the sounds of two types of string instruments, plucked & bowed,” says Djokic, who appears frequently as soloist with Canada’s top orchestras and in chamber music festivals around the world.

“Having two guitarists in the group exchanging lead and rhythm really expands on the potential of the guitar sound. It allows the group to explore more music and arranging possibilities. We play music originally written for our instrumentation, but we can also arrange and play other music with multiple voicing.”

“I’m really excited to show the Tangere lads my hometown and introduce them to our audience,” says Djokic. “I always feel honoured to come back home to perform in Halifax. The city has become a highlight destination for musicians from all over the world and our audience is always welcoming of visiting talent. I never take for granted the opportunity to perform in my hometown.”
The violinist was Cecilia Concerts’ Musician-In-Residence in 2009/2010.

Presented by Cecilia Concerts, the concert takes place Sunday, February 24th at 2pm at Lilian Piercey Concert Hall within the Maritime Conservatory of Performing Arts. Tickets ($35 Adult, $25 Senior, $15 Students, $10 Children) are available online at ceciliaconcerts.ca, by phone at 902-423-0143, and at the door while they last.
Posted by nstalenttrust at 6:00 AM No comments:

King's Theatre
Annapolis Royal
Thursday, February 14 at 6:00 p.m.
the public is invited to an Artists’ Talk and Mini-Performance.

Halifax-based contemporary Dance Company MOCEAN DANCE will be in residence at King’s Theatre from February 10-15, creating a new work.

The Mocean creation residency series is part of the Nova Scotia Talent Trust’s 75th Anniversary celebrations. Coffin, Skinner and Zimmer - past program alumnae, will be ambassadors of the Talent Trust program, to help inspire young dancers across the province, inform students of the training scholarship program, as well as offer workshops for the local high school and community members to take in a behind-the-scenes look at the creative process of Inside Wild.

During this time, Mocean’s Co-Artistic Director Sara Coffin will work on a new creation, Inside Wild, while experimenting with new multimedia elements and set design possibilities for the new, original work.

King’s Theatre patrons are invited to join some of Nova Scotia’s most innovative dance and theatre artists for a work-in-progress sharing for an intimate behind-the-scenes look at how contemporary dance is made along with an artist talk that will explore the working progress when incorporating multimedia elements to help tell a story.

Posted by Communications NSTT at 11:00 AM No comments: