The holiday season is upon us!  Pick up unique, beautiful gifts for your friends and family and support Talent Trust artists!  Check out our holiday guide below:

REENY SMITH : Where you at Santa? 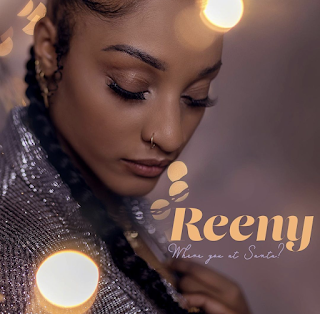 Reeny was a Talent Trust scholarship recipient in 2010 and 2012, and won the Portia White Award in 2010.  Check out her new holiday album here.
EDWARD ENMAN / INDIA GAILEY / DAVID POTVIN: Breathe In, Breathe Out 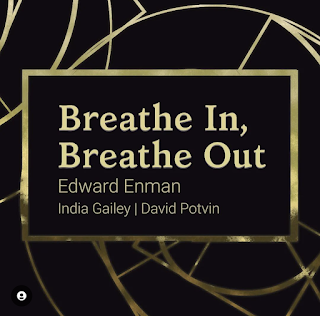 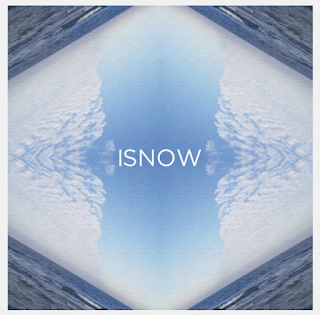 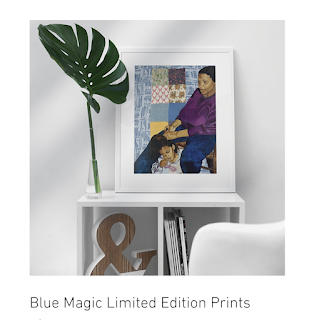 Letitia Fraser won a Talent Trust scholarship and the 2011 Canada Games Young Artist of Excellence Award in 2018.  She has limited edition prints for sale here, a great gift for anyone!
CHARLES L BRAIN: Master goldsmith 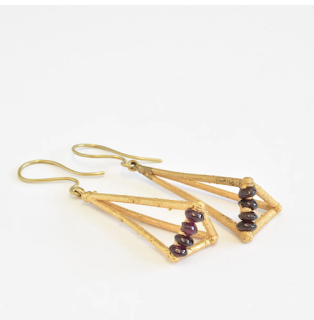 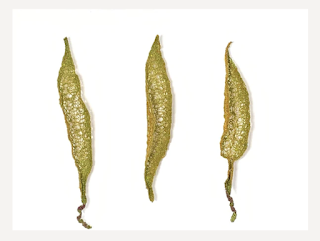 Jacqueline Steudler served as the Talent Trust Executive Director for 11 years.  She is an accomplished artist and art therapist. Jacqueline has some stunning pieces for sale at the Teichert Gallery, click here to see them.
SHAUNA MACLEOD: Black Crow Pottery 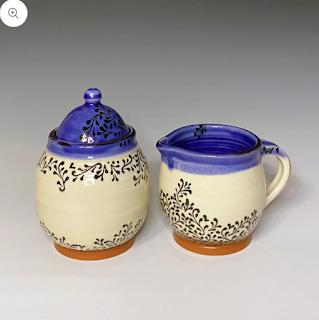 Shauna MacLeod was a Talent Trust scholarship recipient in 2008 and 2010.  Her ceramic art is beautiful and would make a great gift for anyone.  Click here to see the gorgeous pieces she has for sale. 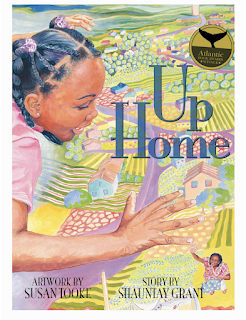 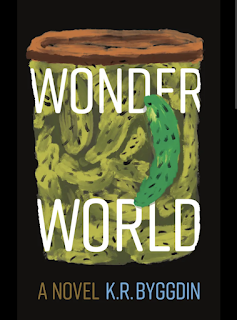 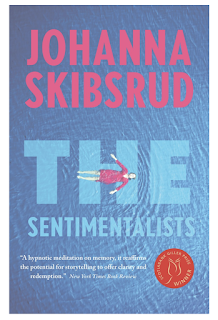 Johanna Skibsrud took home Talent Trust scholarships in 2002, 2003 and 2004.  Now an acocomplished author and Giller Prize winner, her books would make a wonderful addition to any reader's collection.  Click here for her bookstore. 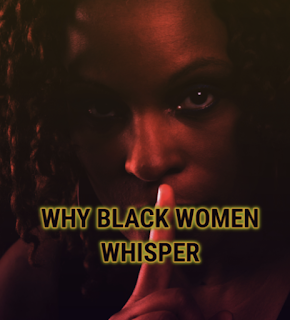 Anne-Marie Woods received a Talent Trust scholarship in 1996 and is now a playwright, poet, and artist.  She is hosting an online, public virtual reading of her new script "Why Black Women Whisper" on December 4th.  Get your tickets here for this event! 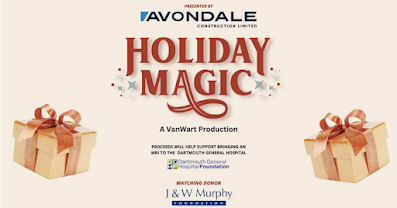 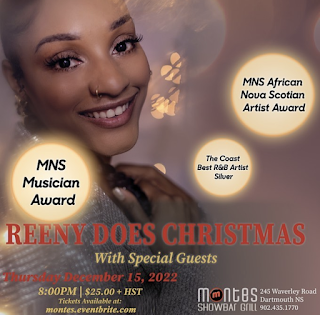 More from Reeny!!  Tickets to see her live show would be a fantastic gift for anyone!  Check out her live shows this December here. 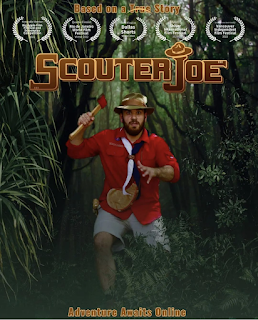 One of the best parts of the holidays is spending time with family and friends.  Snuggle up with your favorite cup of cocoa (in a Black Crow Pottery mug?) and enjoy the newly released film, Scouter Joe by Spencer MacKay.  Spencer was a Talent Trust scholarship recipient and winner of the Shelagh MacKenzie award in 2021. Download or stream the film here.

Visit the Talent Trust Redbubble store to purchase our hoodies, t-shirts, and journals!  A perfect gift for the Talent Trust alumni or art lovers in your life!  A portion of each sale goes directly toward our scholarship program to support amazing artists like the ones featured above! 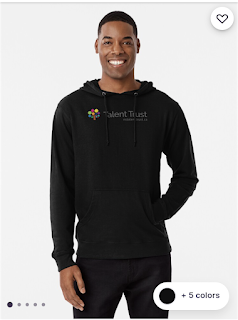 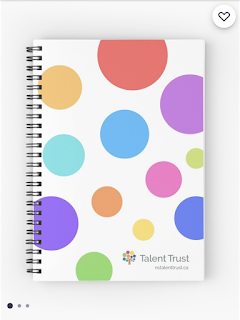 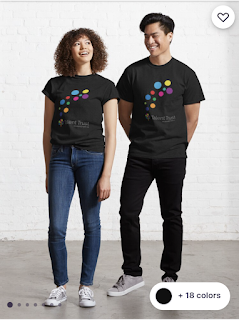 Will you help support scholarships for emerging artists? Check out our Raffle!

Posted by nstalenttrust at 12:29 PM No comments:

Filmmaker Spencer MacKay received a Talent Trust scholarship in 2021 and went on to win the Shelagh MacKenzie award.  Based on a true(ish) story, his comedy film "Scouter Joe" is so much more than that - a labour of love, rooted in friendship, which served as a therapeutic outlet during a difficult time.  The story behind the film is almost as good as the film itself - here's a behind-the-scenes perspective from Spencer: 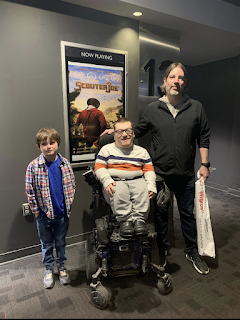 "About 15 or 16 years ago, my friend Shawn created this weird random character who had the impeccable ability to cut the bottom of a water bottle off with a hatchet. This character was created for these nonsensical stories that he would type on my laptop to make me laugh in class and the funny thing is, what started as such a stupid absurd joke between two great friends in a classroom, has now become so much more. Not only has it been recognized by several film festivals with the truly phenomenal Chris Halef playing the character exactly as I always imagined him to be, but it's a film that fundamentally changed my life for the better in every way imaginable.

2020 was a difficult time for everyone, this is a film that represents what the last four months of 2020 was like for me. When I was making the movie, it was right in the middle of me losing my grandfather and so this film became a very big part of me processing my grief with that loss.

This is a character that I've been wanting to bring to the screen ever since I was nine or ten years old, and it's been incredible to me to watch something that was, quite frankly, just a stupid random joke between two friends in a fourth grade classroom, grow into this film that was recognized by film festivals, that people are talking about and that people, at least from everything that I have heard, seem to be really enjoying. Watching Shawn’s reaction to the film was one of the most incredible moments of my entire life because in that moment, I watched a fully grown adult man, rediscover his childlike awe and wonder in real time as a he saw a character that he in many ways created, be brought to life on the screen. Click here for a behind-the-scenes exclusive interview with Shawn, who talks about the inspiration for the character, Scouter Joe.

This was also the first time that I ever received any funding to make a film. The Talent Trust was the first organization to support me in this way, and thanks to that support, I've been able to use this production as a launch pad to do more and be more ambitious with the projects I take on. Since recieveing the Talent Trust's support, I've been able to go on and recieve grants from AFCOOP, Arts Nova Scotia, Tangled Arts + Disability in Toronto, the Canada Council for the Arts, etc. I couldn't be more grateful that this production has really changed the trajectory of where I'm able to go next in my career and in my life.

At the time, this was the largest scale production, I had ever produced and directed. It was a film with a new location for each of the three days we filmed, over a dozen cast members and extras (many of whom were children), a very ambitious scope that we were going for (as I'd often joke that the film should 'look way better than a film about a bottle cutting scout should have any right to be"), it was a very ambitious production and to everyone's credit, everybody really stepped up to the plate.

Something that I'm still baffled by is the fact that Scouts Canada actually signed off on us using their branding in the film. That was a massive success for us right at the start of the production, and I cannot believe that a character that is as much of a buffoon as Scouter Joe is, was discussed by people at the top executive level of a nationally recognized and beloved organization. I give a lot of credit to Scouts Canada for being such good sports about the whole thing because they really did not have to be as kind and generous with us as they were. 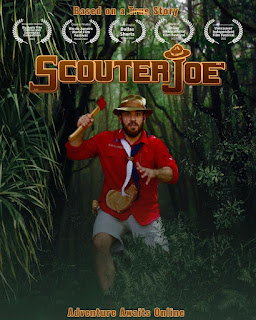 One of the things that I'm the most proud of is the cast in the movie. Chris Halef in particular really was spot on with exactly what I was going for and to his credit we threw a lot at him to deal with. I mean, it's one thing when you see the movie with the music and the effects and everything put together, but it's another thing entirely when he's a grown man just sitting on the ground grunting as loudly as he could as he reaches for a plastic bottle mere feet away. That takes a lot of trust, comfort and talent to be able to do. This was also the first time that I worked with child actors and so I learned a lot about what that process was like and spent time working with Sky Talent during the casting process to find those kids.

Scouter Joe isn’t going to change your life... don't get me wrong, I think you’ll have a lot of fun, you’ll laugh a lot, it’ll move you emotionally, you’ll be able to watch it over and over again, I really do feel like this is a great movie and I’m really proud of it. But it’s not going to change your life… it did however, change mine, and everything that you see from me moving forward as both a person and a filmmaker, is because of this film. I hope that you will take the time to watch it for FREE and that you enjoy it as much I and everyone else enjoyed making it."

Will you help support scholarships for emerging artists like Spencer? Check out our Raffle!

Posted by nstalenttrust at 3:26 PM No comments: