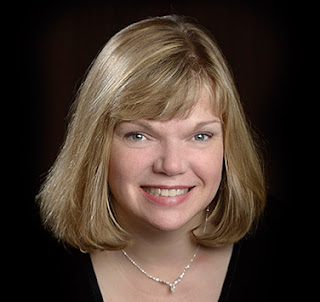 Throughout her career, she has maintained a busy private studio, and is also a faculty member of Acadia University’s Department of Music. One of her greatest pleasures is coaching members of the NSYO. She has adjudicated exams and festivals and has been on the faculty of various summer institutes throughout the Maritimes. Symphony Nova Scotia is where Jennifer devotes most of her energy as she enjoys collaborating with so many fine musicians, along with her collaborations within the Blue Engine String Quartet and the Rhapsody Quintet.

Hosted by the Royal Canadian College of Organist, the five-day festival includes a series of concerts, workshops and spirited events examining the changing role of the organist while celebrating the pipe organ traditions.

Posted by Communications NSTT at 10:00 AM No comments:

Talent Trust Alumni Mary Fay Coady and Jim Fowler share their theatrical flare in three site-specific productions for Two Planks and a Passion's 2019 summer season. Playing several shows per week from July to mid-September, you can enjoy, In This Light, Frankenstein By Fire and The Ruins. Details below. 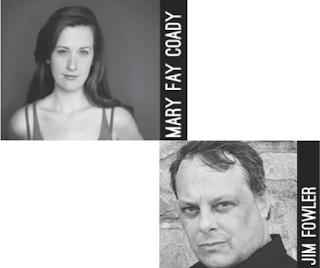 Mary Fay Coady is an actor and Alexander Technique teacher. She has performed with World Tour/ 2b Theatre, Zuppa Theatre, Eastern Front, Chester Playhouse, and Misery, to name a few.

Mary Fay has been nominated for three Robert Merritt Awards, and won in 2018 for Outstanding Performance by a Female Lead. She was awarded Best Theatre Actress in The Coast’s Best of Halifax poll and recently received a Toronto Theatre Critic Award for Best Featured Performance in a Musical. Mary Fay would like to thank her brilliant mother.

Jim Fowler is a graduate of the Dalhousie Acting Program and has worked as an actor in Halifax for the past 25 years. He has taken part in productions with Neptune Theatre, Shakespeare By The Sea, Two Planks And A Passion, Opera Nova Scotia, and Irondale Ensemble Project to name a few. In his work with Irondale, Jim has collaborated with community organizations, educators, and students of all ages across the province, using theatre to delve into difficult social issues and to inspire positive change. He has also been an instructor for Neptune Theatre School, Art Gallery of Nova Scotia, Nova Scotia High School Drama Festival, and Atlantic Film Festival.

In This Light by Catherine Banks

Adapted from Enemy of the People by Ibsen
Dr. Thomasina Burke is a well-respected medical doctor in a rural village in the Annapolis Valley in 1931. Just as her home is poised to reap the benefits of an important new business- a health spa that will bring people from far and wide- Dr. Burke makes a discovery that will challenge her whole community to choose sides in a battle over the very nature of truth, and the power of one person to be heard.

Adapted from the novel by Mary Shelley
Haunted by his own loss, Victor Frankenstein becomes obsessed with harnessing the power to give life. Once he discovers how to create a being, he unleashes an unimaginable power he can no longer control as a creator - a Creature who, although not human, desires to be loved. Torn between protecting his family and unable to shake the responsibility for what he has discovered, Victor’s destiny is intertwined with one of the most compelling characters in all literature- a monster who truly appreciates what it is to be human.

The Ruins- By Gillian Clark

Adapted from the Trojan Women by Euripides.
It’s the night of the annual Spring Fire Hall Dance in New Troy Nova Scotia. The parents are dancing in the hall, and the kids are playing in the field, just like every other year. But this year, something is different. Cassandra has seen the future of her little town, and no one will believe her.

By Fire you ask? Check out this video to find out.


Want to hear more? Please sign up for our newsletter.


Want to support the next generation of Nova Scotia artists? Donate today! (smile)
Posted by Communications NSTT at 1:13 PM No comments:

During our milestone year celebrating 75 years of believing in Nova Scotian talent, we take the opportunity to appreciate the organizations that work with us to provide opportunities to many of our scholarship recipients:

Housed out of the Ross Creek Centre for the Arts, Two Planks and a Passion Theatre was founded in 1992 in rural Kings County, Nova Scotia, and had been “an important place in the theatre ecology of our region and country.

From a small village of 600 in rural Nova Scotia, the company has made a significant impact, bringing Canadians from Coast to Coast to our small corner of the world to experience a unique theatrical experience, reflecting a rural perspective to an increasingly urban landscape.”

The Talent Trust feels particular affinity with partners that dedicate to themselves to “commissioning, developing and producing challenging Canadian drama as well as innovative interpretations and adaptations of classic works relevant to our community.”

Similarly, we emphasis the provincial arts community of Nova Scotia in our annual scholarships and special awards. Together our commitment to Nova Scotian talent and artistic expression has created a unique and prolific culture that we celebrate on our 75th Anniversary.

We are proud that since 2008, Two Planks and a Passion Theatre has been nominated for a total of 74 Merritt Awards for excellence in professional theatre in Nova Scotia, winning 26, including Outstanding Production in 2008, 2009, 2010 and 2016.

In 2010 the company was a finalist for the Lt. Governor’s Masterworks Award for its production of Rockbound.

Next week we focus on their current productions and two past scholarship recipients casted in the works.

Posted by Communications NSTT at 9:08 AM No comments: 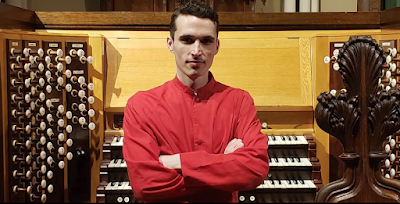 
Enjoy Nick’s rigorous exploration and contemporary treatment of Helen Creighton’s collection in his showcase of some of the province’s timeless stories as well as works from celebrated English composer Henry Purcell (1659-1695) that speak to the triumph of love over grief.


Posted by Communications NSTT at 9:00 AM No comments:

Tune in to 97.5 CIOE Community Radio at 1 p.m. to hear past scholarship recipient and current board member Breagh MacKinnon host the Talent Trust Artist Spotlight in our monthly series every first Thursday of each month. 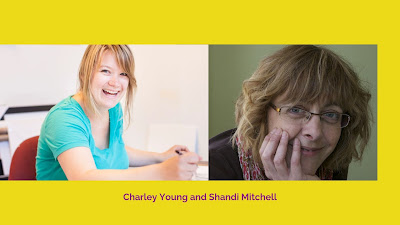 
Breagh will interview TT alumni Charley Young, visual artist and teacher, showing at the First You Dream Exhibition at MSVU Art Gallery, as well as Shandi Mitchell, filmmaker and author whose second novel, "The Waiting Hours" is hot off the press. 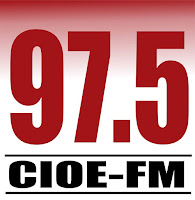 
Posted by Communications NSTT at 9:00 AM No comments: