Allison Angelo, soprano to perform at the Portia White Award Gala Concert in Halifax on Nov 25, 2016 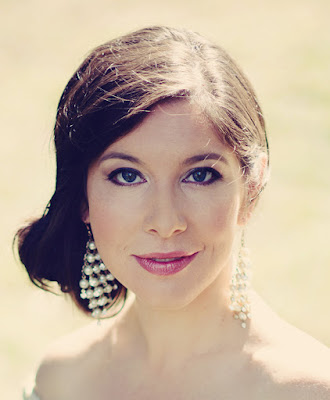 Allison Angelo to perform at the Portia White Award Gala Concert on
November 25, 2016 at
7:30 p.m. at
Faith Tabernacle Church in Halifax
Get your tickets of $15 each today at Eventbrite:
http://tiny.cc/Portia2016
Proceeds will support the NSTT's Portia White Award.

Allison Angelo is a grant recipient of the Canada Council of the Arts and a two-time winner of the Portia White Award from the Nova Scotia Talent Trust. She has been heard on CBC Radio and Bravo!Canada and recently released her first professional CD, titled Moon Loves Its Light.

Hailed as “a fabulous discovery” by The Toronto Star, Canadian soprano Allison Angelo debuts this season with the Elmer Iseler Singers as the soprano soloist for Handel’s Messiah. She will also be heard in a concert of Canadian opera, operetta and musical theatre on the Music at St. Andrew’s Series (Toronto), and in recital with the Mountain View Connection Series (Calgary). Last season she debuted with Voicebox: Opera In Concert's presentation of Salieri’s Falstaff with the Aradia Ensemble, was heard in recital with the Off-Centre Music Salon, and recreated the role of Mabel Hubbard Bell in The Bells Of Baddeck in Baddeck, Cape Breton, after its hugely successful premiere in 2015.

More information about Allison can be found on her website at: http://www.allisonangelo.ca/
Posted by nstalenttrust at 8:00 AM