Shandi Mitchell Reads from Her Novel; The Waiting Hours, in Lunenburg and Halifax, May 6 & 8, 2019.

Join Shandi Mitchell for the release of her new novel, The Waiting Hours, which follows the on-and-off duty lives of three Responders: an ER nurse, a 911 Dispatcher, and a Police Officer. 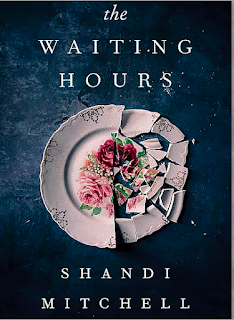 Shandi speaks about The Waiting Hours in a short video:

Shandi Mitchell is an author and filmmaker. Her debut novel, Under This Unbroken Sky, was simultaneously published by Penguin Canada, Weidenfeld & Nicolson (UK), and HarperCollins (US) in August 2009. It sold in nine countries, including translation rights for Chinese, Hebrew, Dutch, and Italian. Under This Unbroken Sky won the 2010 Commonwealth Regional Prize for First Book (Canada/Caribbean), the Thomas Head Raddall Fiction Award, the Margaret and John Savage First Book Award, and the 2012 Kobzar Literary Award. It was also longlisted for the IMPAC Dublin Literary Award. Mitchell was born in New Brunswick, raised in Alberta, and now makes her home in Nova Scotia.

Posted by Communications NSTT at 10:25 AM