Award-winning media artist, Ann Verrall is one of five NSTT scholarship recipients working in film that will be featured in our special partnership program with FIN Atlantic International Film Festival, Then, Now, Change: Visions of Nova Scotia curated by Dr. Shannon Brownlee. 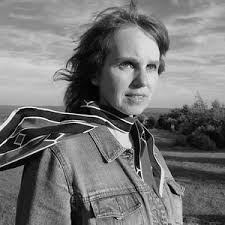 In the program, we return to Rain (2000),
a short about a children’s game that turns ugly when an older brother tries to force his sister to play and see the world his way.

She has taught at NSCAD University and the University of Regina where she was the Filmmaker-in-Residence in 2009. Ann also does community-based video collaboration projects in Nova Scotia and Saskatchewan working in partnership with the Centre for Art Tapes in Halifax, cultural organizations in Regina, community groups and schools, as well as a team of professional artists from various disciplines – music, dance, theatre, visual arts and media arts.

In 2011, Ann received the Vision and Accomplishment award from Women in Film & Television Atlantic. Ann is currently in production on a feature documentary 500 Days in the Wild and a short documentary series The Beacon Project.