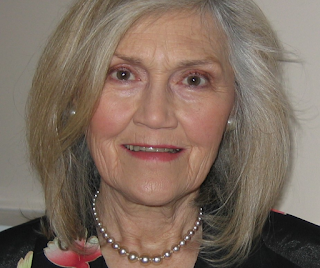 Piercey’s passion for singing, and commitment to aspiring artists, was evident during every stage of her life, from her time with the Canadian Opera Company to her instructor years at Dalhousie University and the years after as a supporter of the arts in Nova Scotia and Canada.

Sheila Piercey was so kind to leave a bequest in the amount of $20,000 to the Talent Trust. In consultation with Sheila’s family we decided to honour her legacy by creating a new special award for a voice student.

The Sheila K. Piercey (Legacy) Award will be administered by the Nova Scotia Talent Trust and awarded for the first time at the annual Special Awards Ceremony in December 2020. The award winner will be chosen from among the pool of gifted voice recipients who have already received a Talent Trust scholarship for the current application year.

“We are honoured to be able to continue Sheila Piercey’s legacy through this generous award towards voice studies. We thank Sheila Piercey for thinking of the Talent Trust and her family for their support and help in establishing the special award”, states Jacqueline Steudler, Executive Director NSTT.

The Sheila K. Piercey (Legacy) Award will be given to a Talent Trust scholarship music recipient who shows exceptional commitment and potential in the field of voice. The award is $2,000. Further donations towards the award can be made through the Talent Trust at nstalenttrust.ca

About Sheila K. Piercey (From her obituary: https://www.dignitymemorial.com/obituaries/halifax-ns/sheila-piercey-8721089)

Sheila grew up in a lovely home built by her father on Dutch Village Road. She was an active, spirited, and vivacious child. She admitted on numerous occasions that she gave her parents a headache or two! These qualities and strength of will served her well for her entire life both on and off the stage.

She began singing at a very young age under the tutelage of her mother, but had varied interests and activities on her journey to Canadian opera icon. In her formative years, Sheila attended Halifax Ladies College, and toured with a ballet company and skating show. She attended Dalhousie University from 1951-1954 where she played on many sports teams, was a cheerleader and performed in multiple productions with the Dalhousie Glee and Dramatic Society and King’s College Dramatic and Choral Society.

This is when Sheila decided that her true calling was on the stage. After much success as a vocalist in Halifax studying with Leonard Mayoh, Sheila moved to Toronto in 1956 when she was offered a scholarship to study at the Royal Conservatory of Music and the University of Toronto opera program.

With Ernesto Vinci as her mentor she blossomed into a professional soprano on the National stage joining the Canadian Opera Company in 1958. This relationship spanned 22 mainstage roles and 16 COC tours over 13 years. Sheila was considered a member of a group of COC pioneers whose touring made opera more accessible to audiences. Sheila often told entertaining stories of touring to such places as Alaska and the NWT and of life on a tour bus. Her interest in photography made her the unofficial photographer and historian of all her COC tours. In addition to performances with the COC Sheila sang regularly on the CBC and at the Banff Centre, Stratford Festival, Rainbow Stage and Charlottetown Festival Sheila retired from the COC and moved home to Nova Scotia in 1971. From 1977 to 1982, she taught voice at Dalhousie University and this is when her transition from singer to philanthropist began. A passion for helping young singers unlock their artistic potential was ignited and she became an avid supporter of the Performing Arts in Nova Scotia and Canada for the rest of her life.