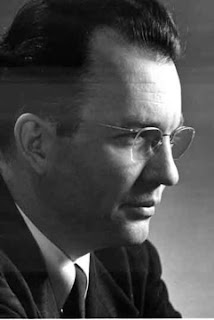 We're grateful to Raymond Simpson's family for establishing and sustaining this fantastic and generous special award since 1999.

The Raymond Simpson Award, named in memory of Raymond Simpson, long-time Secretary for the NSTT who contributed years of service to its management, will be awarded, if merited, to a recipient who shows exceptional commitment and potential in music as an instrumentalist. The award is $1,000.
Note from his daughter Joan Bears and sons David and Eric Simpson:

As Secretary of the Talent Trust our father, Raymond Simpson, found a quiet and deep fulfillment for his love of music, education, young people and the province of Nova Scotia. The Simpson family is delighted that the Talent Trust founded a special award in his name, to celebrate the joy he found in helping to establish and encourage the careers of young Nova Scotian musicians and artists.

Raymond Simpson was widely known for his enrichment of the musical culture of Nova Scotia. His vocation was education but his avocation was music. He served as Secretary of the Talent Trust for 24 years and worked for the NS Department of Education from 1944 to 1978.

He was a member of the Acadian Male Quartet on the CBC national radio broadcast Harmony Harbour for over 15 years. He was a frequent soloist in Halifax concerts and on CBC radio and television. He was bass soloist in the Andrews United Church choir and  a member of many other Halifax choral groups.

Listen to Raymond Simpson at

Posted by Scholarship at 5:00 AM