Happy 60th Anniversary to Neptune Theatre!  Neptune's Anniversary Season officially opens this Friday, September 9 with "The Last Epistle of Tightrope Time" starring Walter Borden.  Through the voices of 10 characters, Walter Borden's solo performance reflects on his experience as a Black, gay man facing the challenges of racism, homophobia, and poverty. 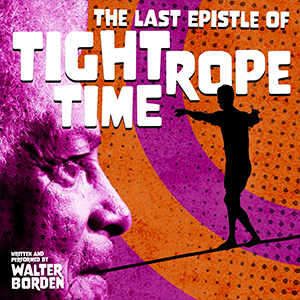 Walter was one of the Talent Trust's earliest scholarship recipients who received a scholarship in 1967 for Theatre.  He went on to join Neptune Theatre in 1972 when he played the title role in the production of "Tartuffe" .  He has performed on stages all across Canada many times since. He has also had numerous roles in films and on television. His last Neptune
production was in 2019 as Selsdon Mowbray in the comedy "Noises Off".

For his long and distinguished career in the arts, Walter Borden has received many awards and honours — including the Queen Elizabeth II Golden and Diamond Jubilee Medals and the Portia White Award.  He is a recipient of the Order of Canada and  the African Nova Scotian Music Association’s Music Heritage Award for his mentorship and promotion of two generations of African Nova Scotian musical talent.

For showtimes and tickets to the Anniversary Season opening, click here.

Want to support the next generation of Nova Scotian artists? Donate today!

Posted by nstalenttrust at 1:09 PM