India Gailey Album Release: to you through 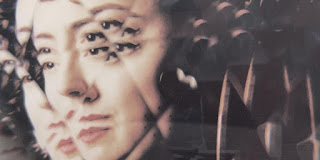 The album can be pre-ordered here.

And there is a release concert on May 13, 8pm at St. George's Round Church.

Tickets for that are available here.

India Yeshe Gailey (she/they) is an American Canadian cellist, composer, and improviser currently based in Halifax, Nova Scotia. Pinned as “a young musician to watch” (Scotia Festival), she draws from many eras and genres to craft poetic narratives of sound, most often performing in the realms of classical and experimental music. She frequently works with living composers, musicians outside of the Western Classical tradition, and the intersection of standard and obscure. She has toured across Canada, The United States, and Germany as a soloist, chamber musician, and collaborator. India is also a member of the award-winning environmental quartet New Hermitage, which recently released their fifth recording, Unearth, to critical acclaim.

India recently completed her Master of Music degree at McGill’s Schulich School of Music under the tutelage of Matt Haimovitz. Since then, she has worked with several much-admired composers of our time, including Philip Glass, Yaz Lancaster, Amy Brandon, Michael Harrison, Anne Lanzilotti, Nicole Lizée, and Andrew Noseworthy. India’s most recent work has been presented by organizations such as the Canadian Music Centre (TO), Government House (NS), International Contemporary Ensemble (NY), Metropolis Ensemble (NY), and Upstream Music (NS). India released her debut album, Lucid, a collaboration with three other emerging Canadian composers, in 2017. 2022 will bring the release of her new solo cello album to you through on Redshift Records, a recording of Lizée’s “Bookburners,” ft. NYC-based turntablist DJ P-Love, as well as a series of commissioned works written especially for India by Canadian composers.

As a composer, India is inspired by interdisciplinary interaction, and her compositions often explore environmentalism, magical realism, or minimalism. In addition to her musical studies, she has studied visual art at NSCAD University, and as a child studied ballet and contemporary dance, these other disciplines informing her compositional work. She has written music for Ear Camera, Keep Good (Theatre) Company, The Acadia Gamelan Ensemble, New Hermitage, and for various combos of musicians and dancers. She is currently working on a new body of work for solo cello. When not creating music, India enjoys making visual art, writing poetry, facilitating social meditation, and being with the trees, rocks, sky, and earth.

Want to support the next generation of Nova Scotian artists? Donate today! (smile)
Posted by Scholarship at 7:00 AM