We are thrilled to announce Spencer MacKay is this year's Ambassador. Spencer received a Talent Trust Film scholarship as well as the Sheila S. MacKenzie award in 2021.  He is already an accomplished and promising film director, with many exciting projects in the works.  You can follow Spencer's work here.

Spencer describes how the support of the Talent Trust, as well as the inspiration from his grandfather, has impacted his journey as an artist:

I am incredibly honoured to have been recognized as the 2022 Ambassador for the Nova Scotia Talent Trust. Since graduating the NSCC Screen Arts program in 2018, I’ve been working as a local writer, director and film producer in Halifax. In the years since graduating, my films have fortunately found success and awards on the festival circuit, I’ve been lucky enough to receive national coverage when CTV National News across Canada took notice of my film, Same Nightmare, and discussed it with me on the air, and I’ve also participated in fifty-six-hour film challenges as well to further challenge myself as an emerging young artist. 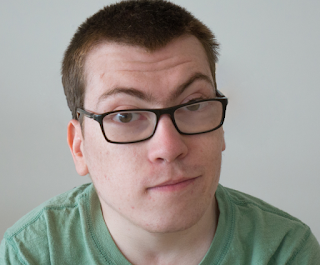 Like it has been for a lot of people, this pandemic has been a challenge for me both personally and artistically. On an artistic level, it’s forced me to be more methodical and realistic with the choices I make because there’s so many health and safety factors to consider now that weren’t there three years ago. On a personal level, I lost my grandfather last spring following a stroke he had, and given how close the two of us, it was a very challenging loss to process.

We were so close that to me he was my father figure that I’d look to growing up (I never knew my biological father growing up). Just like I am, my grandfather was very passionate about the arts and was a producer and director of theatrical productions himself. Watching him all through growing up, I quickly learned how to take what I was seeing from my grandfather and apply it all to film productions instead of stage productions (though I do still have a great love and appreciation for the theatrical side of the arts as well).

My grandfather was a hero and a role model for me all through growing up, and especially as a person with a disability in a mobile wheelchair, being able to watch him all through growing up and see that he never let his MS take away his ability to live, was a really great example for me to have. My grandfather passed on March 5th 2021, following a two week stay in the hospital, and as he was in the hospital, I was actually finishing my application for the scholarships deadline. In fact, I’ll never forget that the last conversation we ever had on the phone was me telling him that I was working on that very application. I had never received any kind of financial support as an artist before and so this was a really big deal for both him and I.

When he passed away, I was devastated, and even now as I sit writing this letter for you, I’m sitting with this deep lump in my throat over how much I miss him. I have to be honest and say that I was in a pretty dark place grieving in the weeks that followed his passing, but the thing is, my grandfather never wanted to be mourned or grieved. Instead, he wanted to be celebrated and honoured. He really hated the idea that the family would put their lives on hold for him (he never wanted to be a burden to anyone). The only real way for the family to do that was to go on doing what he knew they loved doing the most, and when I received word back that I had received the Talent Trust’s support for my mentorship and project (which is entitled Scouter Joe ), it gave me a reason to do that and through that, I wasn’t just continuing to do what I loved the most, but also what he loved the most.

One of the things that my grandfather was particularly known for in the town of Amherst, Nova Scotia, was founding the non-profit organization, Showcase Productions. My grandfather believed very strongly in investing in both, the youth, and the arts, so he set up an organization just like the Talent Trust that would raise money to give young people (specifically in the Cumberland County area) scholarships and bursaries to study the arts in a post-secondary education. My grandfather believed that everyone should have access to study the arts (if they wished) regardless of their financial circumstances and worked to bridge the gap for so many young people whose lives were transformed as a result of the work that organizations like both his and the Talent Trust do on regular basis. If he was still around today, I think he’d be really happy to see that his own grandson was supported in the exact same way by another organization, as he had supported so many others with his organization.
I think that having the Talent Trust’s support to pursue the mentorship and Scouter Joe project was instrumental in me processing my grief over my grandfather’s loss because it gave me something to wake up and be excited about doing while also bringing me closer to him in a way because it allowed me to do something that he also would’ve loved doing with me. It wasn’t just on a personal level that their support helped with, it was also on an artistic level too. Having the Nova Scotia Talent Trust’s support to pursue the mentorship and project was instrumental in my artistic development because it helped pave the way for me to receive support from other organizations too. Thanks to the Nova Scotia Talent Trust’s support and the mentorship that was supported as well, they showed me what made grant applications strong and what made grant applications weak. Thanks to the Nova Scotia Talent Trust’s support, I was also able to show other organizations that I had experience with managing money on a film production budget.
In the last twelve months alone since receiving the first support I’d ever receive as an artist with the Nova Scotia Talent Trust, I’ve gone on to receive a grant from Arts Nova Scotia, AFCOOP’s “Independent Filmmakers Grant”, the “Won Lee Fellowship” Award from Tangled Art + Disability in Toronto, Canada, and my first ever grant from the Canada Council for the Arts. Not to mention the “The Shelagh Mackenzie Award” from the Nova Scotia Talent Trust, which single-handily funded a micro-budget passion project that I’ve been trying to make since 2019 and was finally able to direct in January of this year. I can honestly say that my life has changed for the better because I’ve had the support of the Talent Trust. I can also say with certainty that I know I wouldn’t be the only recipient who could say that statement either.
To anyone reading this who has helped support me from within the organization, I thank you from the bottom of my heart, and to anyone reading this in general, please continue supporting the artists of tomorrow, because they need you, what you do matters, and the decisions you make are what changes these artists’ lives."
Sincerely,
Spencer MacKay
Posted by nstalenttrust at 5:02 PM