On June 17 at 2:00 p.m. Theatre Arts Guild will present a live performance of the first two movements of Schubert’s concerto Death and the Maiden by Phillippe Djokic, Heemin Choi, Margot Aldrich and Ifan Williams. The performance is approximately 35 minutes. 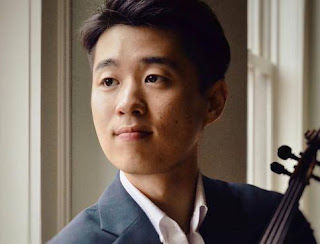 Heemin Choi (violin) completed his bachelor’s degree at Dalhousie University’s Fountain School of Performing Arts under international award-winning Philippe Djokic, and is currently a master’s student at Rice University’s Shepherd School of Music in Texas, studying under Paul Kantor, who is one of the most sought-after violin teachers in North America. 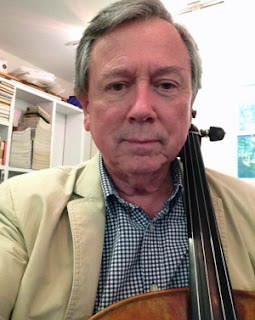 Ifan Williams (cello) has performed with the New Philharmonia of London, London Symphony Orchestra, Canadian Chamber Ensemble, and the Classical Quartet of Montreal.

He’s been Artist In Residence at the University of New Brunswick, Professor of Cello at Mount Allison University, and is the current Chair of Musique Royale and Opera Nova Scotia.

The play will begin shortly after the June 17 matinee performance. Death and the Maiden runs from June 7 - 23 at The Pond Playhouse in Halifax (audience note: suitable for adults only with explicit language that may be offensive to some. Gun shots will be heard.) For tickets, visit Ticket Atlantic.
Posted by Communications NSTT at 9:30 AM