During the recent annual East Coast Music Association Awards, former Talent Trust scholarship recipient Reeny Smith won the R&B/Soul Recording of the Year for WWIII: Strength. Courage. Love. While she was at it, she took home the Bucky Adams Memorial Award. 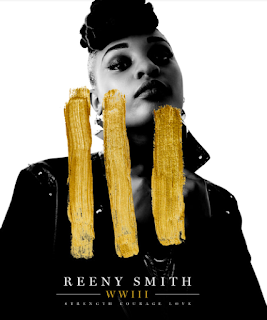 It’s been a very good year for the Preston born singer/songwriter. In March Reeny reached the top ten in CBC's Searchlight competition and recently her original music was featured in the locally produced CBC legal drama, Diggstown.

Since releasing her first in EP in 2015, “I Am Reeny,” Reeny Smith’s powerful voice and vibrant, emotional rollercoaster of a stage show have solidified her as one of the most enthralling artists in Canada.

Signing with Cymba Music Publishing in 2016, she released her breakout single, “Good Girl Swag”, a song with an unrelenting positivity in an increasingly harsh world. Smith went on to win Music Nova Scotia’s African Canadian Artist of the Year award in 2016, 2017 and 2018, as well as Best RnB Artist award in The Coast’s Best of Halifax awards in 2017 and 2018.

She’s collaborated with artists like Quake Matthews, and opened for Anderson Paak at the Halifax Jazz Festival, but through it all, Smith says the thing she’s the proudest of is developing her craft as a songwriter and being recognized for all of the hard work she’s put into the depth and realism of her work.

“My biggest achievement thus far has been recognized internationally for my songwriting work. Songwriting was never something I thought I was good at, so to have reached this level of validation means a great deal to me.”

Posted by Communications NSTT at 9:06 AM