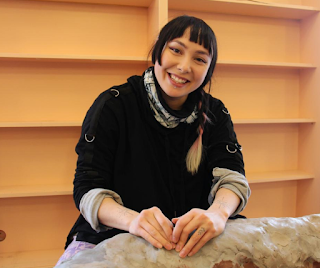 “I am grateful for not only the financial, but also the artistic faith the Nova Scotia Talent Trust had in me at such a volatile point in my practice.

This crucial support came at the beginning of my career, assisting me through the first rocky year post-graduation to continue learning through a community residency and private mentorship.

More than anything, their support was a validation of my creative merit; quieting the insecurities I had about choosing to pursue a professional career in the arts. It is an honour to exhibit alongside artists that have been a great influence on my work.” 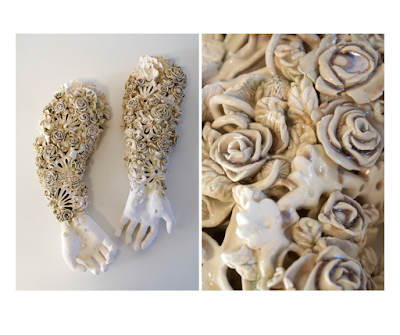 Lux Habrich was born in Montreal, Quebec and moved to Atlantic Canada in 2012 to attend NSCAD University, Halifax. In 2015, she received her BFA from NSCAD in interdisciplinary arts, focusing primarily on textiles and ceramics. She draws on her mixed racial and cultural identity as the foundation of much of her work, and is interested in tactile craft practices. She has received numerous awards including the 2016 Charlotte Wilson-Hammond/VANS Award presented by the Nova Scotia Talent Trust and currently lives in Nova Scotia, where she maintains her practice and, most recently, has completed a residency at White Rabbit Arts in Upper Economy, NS.